Dana Kamide first entered into the music business at age 13. He got his start by singing and playing keyboards in local bars and clubs in New York, where he grew up. The musicians he played with at that time were several years his senior as he recalls the privilege of being able to perform with and learn from those around him who he considered his local musical “heroes”
Dana Kamide has played piano since age 7. After his father overheard him playing the “Boogie Woogie” which he assumed Dana must have picked up by ear, he insisted he begin piano lessons and take music more serious.

At age 18 Kamide moved to Boston to study music at Berklee College. “Piano has always been the most natural instrument for me but since I started playing guitar more seriously over the last couple years I’ve been finding it more fulfilling in many ways. But my roots are still in piano.” 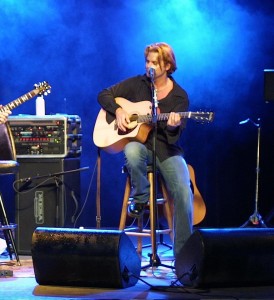 “My music is unique in that it’s not restricted to any one certain style. My influences include so many different genres that it is hard to say what my favorite is, since I love them all. My Mom listened to country music as well as standards sung by her favorite crooners, while my father was more into the big band stuff like Mitch Miller and Tommy Dorsey. My five older brothers and sisters listened to literally everything else! So I grew up digging a lot of different musical styles. For example, I love the innocence and wholesomeness in the lyrics and melodies of the old jazz standards, the truth and heart of country music, the depth of emotion in rock and alternative and the ability adult contemporary has to put me in a melancholy mood. As far as most hip hop, great music to dance to, for the most part, but unfortunately I can’t be into music that glorifies demeaning women, promoting drugs and alcohol the way it does and often promotes murder and gang violence. Artists have a responsibility to our world’s children. Hip Hop has become eh lowest common denominator of low culture in America.

Dana Kamide is a songwriter, first and foremost. “I write at any time, and constantly put bits and pieces in notebooks and in my portable digital recording rig,” Dana says. “I may ultimately use only ten percent of what I come up with but I just keep writing.” Lately Kamide has been composing primarily with acoustic guitar and piano in which Dana worked with a special intensity. “Almost everything here is very spiritual, very deep, yet comprehendable. “I think most of my lyrics can be taken many different ways. . . But that’s ok. When I looked back later, I realized that the deeper meanings of the songs, without forcing them, corresponded to something larger.” 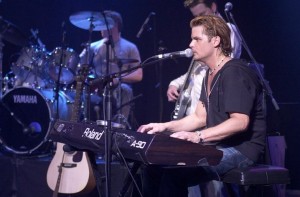 With an awesome vocal intensity and power,  Dana Kamide displays the confident assurance of a seasoned veteran on his latest song works. Dana has found his own niche in his writing and singing style. “I’ve always had this real affection for blues and soul,” Dana explains. “However, I enjoy a wide variety of musical styles and have been fortunate enough, through my family and friends, to experience those interests as well.”

Extraordinary music, is what the latest collection of songs written by Dana Kamide is and presents his many strengths. And his formidable strengths: vivacity and introspection, vocal dazzle and stinging guitar, arrangements breathtakingly intimate or epic in range, language on fire. Above all else. . .passion.